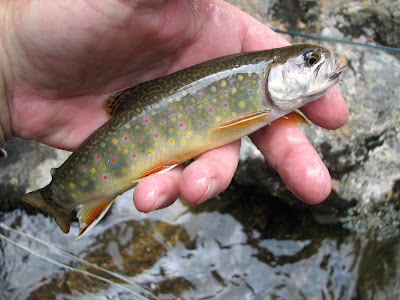 I was just about to toss out the New York Times when a photograph of a suspiciously familiar waterfall shook me up more than a broken tippet.
I would never had seen the picture because it was on the back page of the Weekend Arts section, which never has anything in it about fly fishing, but closer examination revealed that the photograph was taken in my back yard, the Pisgah National Forest near Brevard.
Wait just a minute, I thought.
That waterfall is Looking Glass Falls, one of the more popular and accessible tourist and fisherman attractions in Transylvania County, where I call home on the weekends away from work and where I fly fish for trout any chance I get.
Looking Glass Creek feeds in the Davidson River, which is touted as one of the top 50 trout waters in the nation by Trout Unlimited, a conservation group dedicated to keeping trout waters clean and trout healthy.
And now the NYT is telling all the world about my neighborhood, which includes all of western North Carolina when it comes to fishing for trout.
We already have enough fishermen crowding out water like a Mal-Wart store on sale day.
What’s going to happen now?
Will droves of Yankees begin flooding our riverbanks? Will all the frustrated tarpon fishermen from Florida decide to re-locate in a cooler clime? (Tons already do.) Will I have to share every pool and perhaps even every fish with a stranger from a strange land?
It’s sometimes almost elbow-to-elbow on the Davidson, and Looking Glass is often hard to find a spot to park during the summer.
I was aghast at the dismal possibilities.
Then, I noticed the inset map. Hold on there. The photo of the falls was correct, and the other picture showed what looked like Keven Howell’s chubby fingers tying a fly in the Davidson River Outfitters fly shop.
But the map was wrong. Way wrong. Across the country on the other side wrong.
The map showed a portion of California, on the coast, just south of San Francisco at San Luis Obispo, which to my knowledge is a far rock-hop from the mountain trout in the northern portion of Governor Arnold’s state.
That made me feel a little better. Out of state fly fisherman may not notice and fly out to California looking for Looking Glass. That’s a good thing, perhaps, for like I said before, our little creeks can get a little crowded and really do not need all that advertising.
The Times also mentioned my neighbors in adjacent Jackson County, where this year the county’s Travel and Tourism Authority has published a fly fishing trail map (it’s waterproof) touting 15 primo trout streams.
Our cabin is just over the county line, so we could possibly have to endure some tourist spillover.
After I calmed down, I noticed the fish in the other photograph was a native Appalachian brookie, which is actually not a trout but a char but that’s a different story altogether, that the NYT identified as a rainbow trout being released into the Nantahala River. Even in black and white, you could tell it was a speck, as we affectionately call them here.
They have little speckled spots, not streaks of rainbow red, on their flanks.
My guess is that some copy editor daydreamed his way through the story, misnamed the fish and put the deceptive inset map with the article.
Being a copy editor, I am not going to come down hard on the Times for those slips.
It may not have been a slip. I’m thinking in the back of my mind, it was a trick, and that copy editor is probably casting dry flies now near my cabin.
Everybody else can send us postcards from California.
(That's a Speck in the photo above, just like the one in the Times. Oops)
Posted by Hugh Koontz at 10:35 PM

Hugh, That's great, had me spewing my morning beverage all over the screen! I love that kind of PR for my favorite fishing spot. In fact, that gives me an idea about submitting an article on fishing the Yellowstone River with a map of central Florida. Think they'd fall for it?