Bugs are out, so are trout 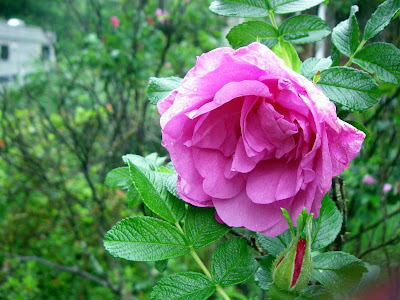 You can’t help but love fly fishing in the month of June, especially during the early days of the month after Memorial Day when the air begins to fill with the sweetness of wild rose and honeysuckle.
Though winter was not a hard one, it will not be missed by this fisherman.
I like warmth. I like splashing around creeks and rivers. I like naps on the banks.
I like building little stick fires to roast wild trout at least once a year.
I like the explosion of laurel and rhododendron, their blooms sitting like flightless white doves along the banks and deep into the forest.
The Pisgah National Forest, which stretches for miles and miles behind our little cabin, has undergone an overnight makeover.
She’s a new girl today, all spruced up for summer with new clothes to impress her suitors.
Hey, did I mention the recent heavy rains filled my little creeks to the brim?
And today the rain has stopped.
Along with the plethora of flora sparkling all around, the air over rushing water fills with mayflies dancing and trout splashing at those who sail along too comfortably on the surface, as if they had not a care in the world, and then disappear with a gentle sip from below as another fish has dinner.
These are the times fly fishermen dream of during those dark, dreary February days.
There are times when the bugs hatch and the trout feed all day long, and there are times when there is nothing at all happening for hours before the caddis and stoneflies and big sulphurs and little yellow sallies come off.
The atmosphere can change in a flash.
Usually, it happens around dusk.
This begins in May, with a surprising number of bugs seeming to shake the reluctant trout out of their winter slumber just as the sun sinks behind the mountain.
The once flat surface of river becomes dimpled with rising trout, one here, another there, and a fly fisherman frantically trying to catch them all.
There was a special place on the Davidson River that Mrs. Koontz loved, especially at 8 p.m. Once, we arrived a little early, only to discover our spot taken by a man and his son.
They were not having any success. We watched, hoping they would give up so we could have the spot for ourselves.
At 7:45 I was getting nervous, for this was a highly anticipated mayfly hatch we were awaiting.
At 7:50 the man and his son reeled in and quit for the day. We almost whooped with delight.
Once out of the water, we slid down the bank just in time for the hatch.
The air lit up with golden mayflies in the dying light.
Trout began their frenzied feeding, like teenaged boys gobbling burgers after a baseball game. We fished with big light cahill dry flies and hooked or missed a strike with almost every cast.
We caught a lot of brown trout, along with some rainbows.
We had a ball.
The trout, usually a little more than reticent to rise with such reckless abandon, came close to jumping into our fishing vest that night.
A lot of them had some heft to them, too.
It was a perfect way to end the day, and as darkness slammed its door on us, I couldn’t help but wonder what the father/son team was talking about as they rode home.
I know what we talked about. We still talk about that night.
Perhaps, tonight I will catch it just right again.
Posted by Hugh Koontz at 7:47 PM