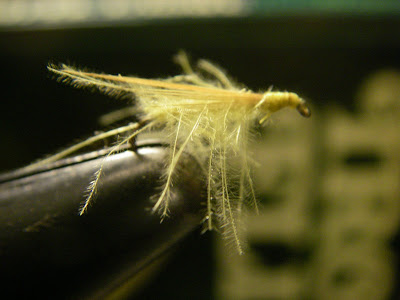 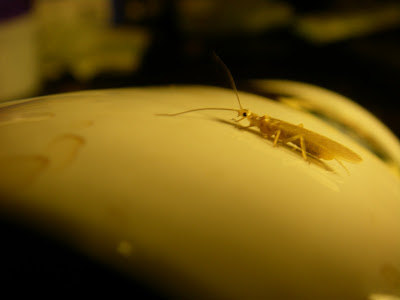 It’s enough to make you feel like a fresh French fry from the fast food place down the mountain but it is, after all, that time of year when corn pops in the field and frogs move across the asphalt with a little more pop to their hop. In a word, it is hot.
But it is definitely not the end of the world, at least for this fly fisher who is probably knee-deep in cool mountain water as you read this. This is the season fly fishermen love, though we love the other seasons, too. You can almost set your watch by when the river will erupt with rising trout trying to nudge each other out of the way in a frenetic feeding frenzy, just around 8 p.m .
In the hottest months of the year, the most comfortable time to fish is in the evenings, though some diehards I know get up with the chickens to fish at first light in the mornings. The anglers I talked with lately said they did not have much luck fishing nymphs in the early hours, while I, on the other hand, have had steady success as darkness folds over the hills.
It’s a peaceful time. Most folks are home from work. Few cars or trucks roar by. The crotch-rocket riders have parked their irritatingly whiny machines far, far away.
It’s a cool of the day time. You can sit on a still warm rock, watch the glow of the sun fade and enjoy a firefly light show while studying which rising fish you want to concentrate on. Beer cooled in the creek under a rounded rock adds to the irenic ambience.
Before it’s too dark, or if I’m fishing slow, smooth as a mirror water, I’ll fish the little yellow sallie dry fly. I’d like to think I invented the thing, but I’m afraid someone out there figured it all out years ago and just never bothered to tell those folks printing the fishing catalogs . I have never seen one, anyway, so I just tied some up to resemble the little stonefly that remarkably landed on my coffee cup, inside the cabin, upstairs, under the light on my fly tying desk. (See photo at right)
I thought that was quite considerate of the little bug. He didn’t have to fly into the house. I already knew what they looked like.
For years, all I fished were the standard, store-bought flies and had pretty good success. I guess I’m getting a little picky as I grow older.
On riffles or where the water is in a hurry, I like to fish a big old Corey’s Calftail, which has a yellow body segmented with peacock herl and big calftail wings that make it easier to spot in the whitewater. It’s also good right at dark, when all you have is a little moonlight left.
And with the darkness comes the cool air of the North Carolina mountains, and I let the heat of the day flow downstream.
Posted by Hugh Koontz at 7:38 PM