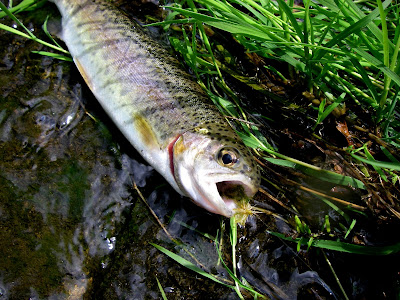 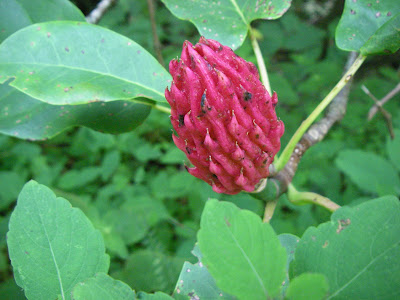 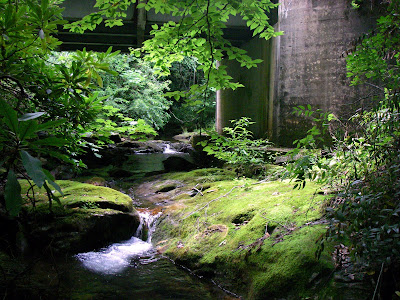 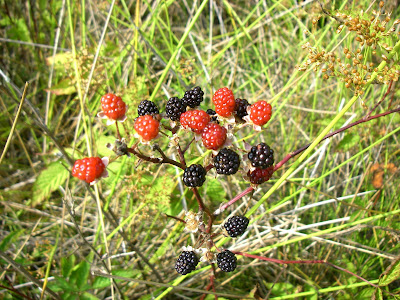 I was all ready to load up on blueberries near the patch along the Blue Ridge Parkway the other day, and the bushes were still pretty full. I also got the aadded pleasure of finding ripe blackberries in the same patch which, if it were not so close to the road, would be a favorite meal site for black bears.

On Monday, I did not share with bears or anybody else. I filled about half a plastic bag from the grocery store before calling it a day. Mrs. Koontz had nothing to bake with, so my breakfast cereal had a more than generous topping of blue/blackberries.

The water all weekend was low and warm, though the evening rains managed to cool things a little. Nothing much happened with the trout until near dusk, and they came to life as the sun began to disappear. I hung into five or six nice rainbows before one of the bigger ones snapped me off on a rock he scooted under. I fished the Davidson with no luck earlier in the day and finished up on my home waters. The air is beginning to smell like football.